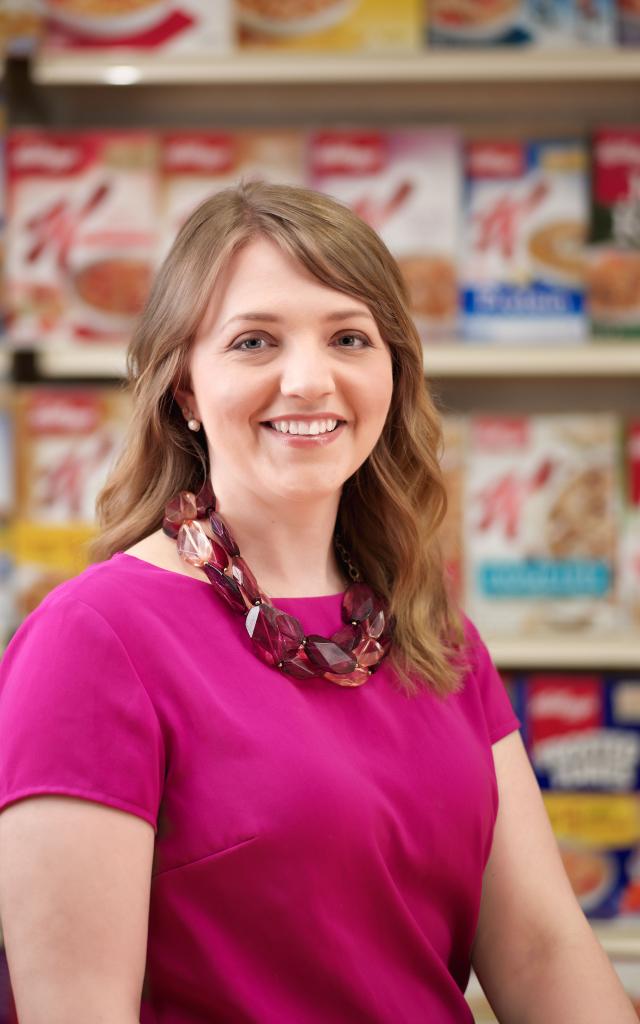 For many people, “digital analytics” is a high-tech buzzword only seen in today’s headlines. But, for former retail buyer Racheal Alderson, it’s a key element in her story of career evolution.

“I worked at The Shopping Channel for a few years,” Racheal remembers, “and I was promoted to associate buyer. Because their business is both on TV and online, I was exposed to the world of e-commerce, and that peaked my interest in where I thought I saw the future going, with more of it being e-commerce. So I decided to look at what I could take to transition me out of buying and into e-commerce, and I landed on the Digital Analytics Certificate at George Brown.”

This was 2014. At that time, Racheal says, Continuing Education at George Brown College had effectively anticipated developments in data analysis by offering an entire program dedicated to the specialized skills used in that field.

“I considered George Brown because I had gone there previously, and I always had a positive experience,” she recalls. “What I discovered was that George Brown was the only one offering it as a certificate. Most other schools only offered a class or two. When I saw how comprehensive the George Brown certificate was in terms of teaching all the different analytics platforms, HTML and how to interpret data, I knew it was the program for me.”

Thanks to George Brown’s various course delivery methods, Racheal was able to complete some of her courses in person and others online. The combination allowed her the flexibility she needed to continue to work full-time while taking classes. Once she had the certificate, Racheal says, doors opened for her. She became the assistant manager of e-commerce for a major food (consumer packaged goods) company. In that role, she analyzed sales and forecast data then created brand messaging that influenced the way shoppers discovered and bought those products. And, even though she finished the certificate back in 2015, what she learned in the program continues to be relevant.

“The Omniture, Google Analytics and Facebook material was right on trend. At the time, Facebook was just starting to leverage analytics tools, and now they’re being used everywhere. George Brown was ahead of the curve by offering the Digital Analytics Certificate. I got hands-on experience and a good base of skills that I can apply in the workplace, which has definitely helped me in my current position.”

When Racheal looks back at her classes, something that stands out to her are the individuals she encountered through the classes. Those interactions gave her a new perspective on how she needed to approach her career.

“I met a variety of people, and the wealth of knowledge I have now from that diversity has made me successful,” reveals Racheal. “One example was a guest speaker at one of the classes: my biggest take away from his visit was to never stop learning, that you always have to be evolving. That’s also something I saw with the teachers too. When they were talking about their job history, I saw that it was an evolution. It wasn’t their first career, or they had something else on the go. They were always learning and doing something different. The lesson there is to never stay stagnant. You always have to move with the times and, if anything, be ahead.”

“George Brown was ahead of the curve by offering the Digital Analytics Certificate. I got hands-on experience and a good base of skills that I can apply in the workplace, which has definitely helped me in my current position.”

Having successfully transitioned into the fast-paced and agile field of e-commerce, Racheal has no doubt that George Brown helped her stay ahead.

“I think, when you try to change career paths, a lot of people ask, ’Why do you want to switch?’ It’s not that you don’t like it; it’s that you want more growth or you experience something better and you want to obtain it,” Racheal explains. “My digital analytics certificate is a big part of the success I’m experiencing now. Without it, I don’t think I would be where I am. I’ve had to evolve with the times, and I’m happier for it.”